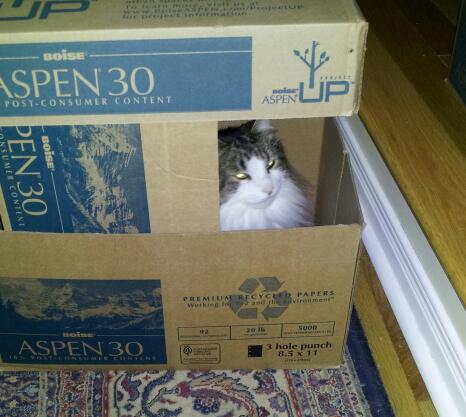 (Also, managed a list of things I need to get done today. Next step: doing them. Without getting my feet chewed off by walking past the Fluffball Menace in his Fortress of Sneaky Solitude.)

By then serials were dying anyway, and of what use was a green suit with a long cape and wings on the sides of its cowl? In the real world, there was no room for Green Falcons.

Got to work this morning and I couldn’t get “Night Calls the Green Falcon” out of my head. It’s from Robert R. McCammon’s Blue World collection, or at least that’s where I first read it.

A shriek like the demons of hell singing Beastie Boys tunes came from the speakers.

So I went looking, and bless the man, he has the whole thing up on his website. I suppose I shouldn’t be surprised; it’s written as a serial, it really suits being posted online.

“No, I haven’t seen him for a while, but I know what his name was.” He grinned, gapped-tooth. “John Smith. That’s what all their names were.” He glanced at the Green Falcon. “Can you breath inside that thing?”

It’s about a man who used to play a hero in the old movie serials–you know the kind, right? Ten chapters to a story, dramatic cliffhangers, come back next week for the next thrilling episode in this dynamic mystery, “The Star and Question Mark”!

“Hey, amigo,” the man said, and flame shot from the barrel of the small pistol he’d just drawn.

I mean… okay, it is not entirely surprising that I am a sap for stories about people trying to live up to the stories; ones about the power of stories to change the world. Galaxy Quest. Shakespeare in Love–not the romantic plot or subplot or whatever it was, but the sheer weight of the theatre, the “I don’t know. It’s a mystery.” Hogfather, and the difference between the sun coming up and a giant ball of flaming gas illuminating the world.

He kept going to the stairs, burdened with age.

“‘Dear Davy,’” the voice rang out. “‘I am sorry I can’t come to Center City this summer, but I’m working on a new mystery…’”

I’m not saying it’s great art. It’s a four-colour story, bright and simple and clear. It has a grim and bloody moment or two, but then of course it does; they always did.

Who was he? somebody asked. The Green Falcon? Did he used to be somebody? Yeah, a long time ago. I think I saw him on a rerun. He lives in Beverly Hills now, went into real estate and made about ten million bucks, but he still plays the Green Falcon on the side.

Oh, yeah, somebody else said. I heard that too.

I heard that too.

Yesterday, I fell asleep in the late afternoon, and woke up around ten p.m.  I was feeling a bit muzzy, and it seemed too late to cook, so dinner happened by virtue of the fact that a 24-hour restaurant (at least over the weekend) has recently opened up.  So after getting out of the house (which can take a while, when there is no great hurrying deadline) and having dinner, I got home around one a.m., meandered slowly in the general direction of bed, and fell asleep two hours later.

I woke up around ten this morning, and I was feeling fine.  Got up and helped make chowder for the crockpot, made coffee, and sat down in the living room.  There was a little TV, a lot of poking at the computer that didn’t really accomplish much, and a sort of quietly increasing anxiety.  I managed to make dinner anyway, and was just sitting down to it when I looked at my plate and a sudden realization struck me.

Food and a lot of water helped the stress and tension, some.  I’m currently tidying up the kitchen (alright, I am taking a break from tidying up the kitchen because everything is handled except waiting for the dishwasher to finish at which point I can cycle the next load through), and being mildly annoyed at myself.  A whole day, drat it.

Things I have learnt: Don’t do this.

I can’t find my copy of The Feminine Mystique.  This has been on my mind–not overwhelmingly so, but definitely noticeable–every day this week.

See, there’s this one part that mentions a study on the time spent housekeeping; what I remember, loosely, is that when the work was given to another household member, it got finished in half the time.  Sometimes less.  And combined with how quickly I was getting through physical filing when I had to concentrate on it (due to the lack of a computer), and how quickly work seemed to go when I started the job…

I want to reread it.  Right now I have the impression that (1) the household chores are feeling alot more overwhelming than they actually are, and (2) maybe I can get over this if I can change it up somehow.  Maybe the time it’s taking isn’t really the time it takes.

(Maybe I just want to read about someone cleaning an entire house and making lunch and doing groceries and still being done by mid-afternoon.)

Long weekend coming up.  I’ve gotten a lot of work done, and some of it’s stuff that isn’t even necessary, it’s in the “I said I would” category.  But it sems there’s been very little time for what I want to do, or that when I’ve done it I haven’t gotten any lasting enjoyment out of it.

Know this kind of thing comes and goes.  Just really don’t care to sit back and wait for it to go if there’s something I can change to make it go, preferably sooner rather than later.

Helps a little to articulate this, at least. 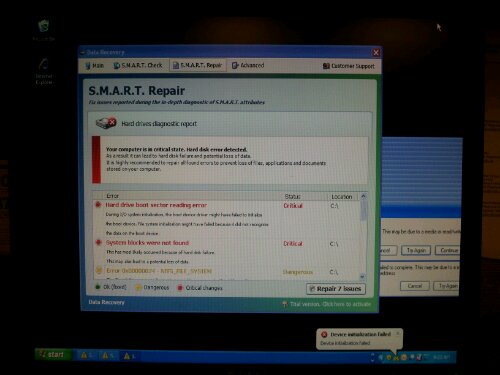 I had plans for last weekend.  Unfortunately, I also had stomach flu, and that sort of trumped the plans.  And work was as busy as short work weeks tend to be, so I didn’t actually get here until now.

In any case!  I got nominated by What’s it all about and other stories for the Tell Me About Yourself Award. It was kind of startling, but in the good way–like having the cat appear from nowhere to jump onto your lap and start purring, actually, which is totally not an example drawn from recent personal experience.

So… wow, okay. Five Things About Me:

EDIT: This post was originally titled “What a week”.  I’m still not finished.  Posting as it stands, for the moment, and will update with a list of people.  Apologies for the delay.