My tolerance, FTR, is terrible. Had a couple of glasses of wine with dinner and am two-thirds of the way through a beer, all over the last for hours. I’m feeling comfortable.

Over at Jack and Rachel’s. We’ve met a lot of lizards and three cats. Were over at John’s aunts for dinner. It was mostly very nice, although after…

There was some stuff about how if twenty percent of the population has a “mental disease” then obviously it’s time to get the psychiatrists to adjust their definitions. And a description of a comedy about four people living in a house, two guys and two girls, each with a different mental illness, that sounded really funny. Until she heard the second ad for it and realized it was a documentary trying to demystify mental illness, and… well, that just didn’t sound as interesting.

I completely defend someone’s right to not watch something they’re not interested in. At the same time, it’d be nice to not feel like I was being lumped into the category of one of those people. Those funny, self-indulgent punchlines. You know the ones.

I generally try not to hide that I suffer from depression. Mind, I couldn’t quite manage to find a way to point out that I’m one of that twenty percent (whose claim of being ill is obviously suspect, but I’m not bitter).

I suppose that isn’t very interesting to hear about either. 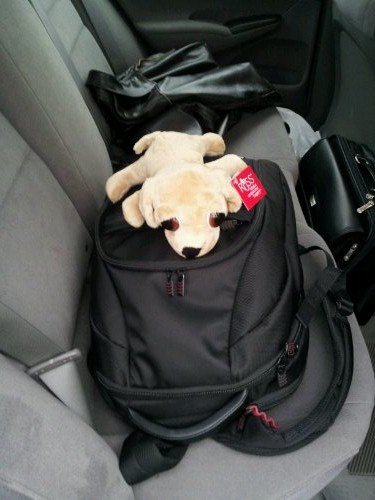 I have been mugged by giant eyes and a giddy Friday impulse. Blame John, too.

Been trying to write tags for Excolo on the phone. The fact that Swype changes “Excolo” to “Wiki” makes posting in the OOC a bit awkward.

Had a bit of a shock when I went to edit this post and remembered the draft was stored *locally* in my phone, not on the Dashboard I can get to by Internet.

I wrote a post about Glass having… I suppose that at seven months it’s not a miscarriage, but the phrase “having a stillbirth” sounds *entirely* wrong. It went over pretty well, I think; reaction posts that show you’ve hit the note you were aiming for are always satisfying.  (Earned a !caution tag, which I was hoping for but which I honestly wasn’t sure it merited.)  Next up I need to write something bouncy and cheerful, and then a couple of comfortable and mildly curious tags.

I think collaborative writing (and I do think it merits being called that) can actually really help you switch gears, especially when you’re working on more than one scene at once.  On the other hand, it can really leave you high and dry when it comes to practicing plotting.  Genuinely not knowing exactly what the other person is going to do, and trusting them to give you something to react to, doesn’t exactly give you a lot of practice in Getting An Idea.

And I honestly twitch when I hear people talking about their characters as if they were real people.  I understand that it can be a perfectly useful shorthand for “I have constructed an idea of a personality that, while I haven’t exactly sat down and analyzed it to death, is resiliant enough that I have a (sometimes unconcsious) idea of what the character in question will naturally tend to do.”  And that’s fine.

But the “I totally didn’t want to do this, $CHARACTER just screamed at me until I typed it, and hey maybe they will do my housework later if you bribe them” lines?  I… would call that not so fine.  I really would.  There’s a level of responsibility for conscious action that I get a bit uncomfortable over when I see it being eschewed.

Ugh.  That sentence needs editing.  Very badly.  I may come back to this later.

It’s odd, I don’t usually think of deadlines as something to live up to.

I also don’t usually think of the day as being over at midnight, but that seems like a possibly specious distinction to work with at the moment, so I’m here again, composing on my phone. I’ve set it to vibrate, which is slightly less annoying than clicking for Sudoku, but I am finding it a bit buzzy for typing.

It’s occurring to me that I have a lot of electronic wafers–little slices of screen and plastic and buttons that exist as ways to get to something else that isn’t exactly tangible. My Kobo. My laptop. This phone.

I say, sometimes, that I love living in the future. Usually I say it when John tells me something new and wonderful about technology or medicine or astronomy. But I think the first time I really noticed was several years ago…

I was watching the realtime map for the London Underground, and some of the stations lit up (means there was a service interruption). I was curious and clicked for details, and it said there’d been an incident on the tracks with a passenger. The timestamp was seven minutes old.

Someone got onto the Tube tracks in London and I found out about it in seven minutes. I can’t walk a mile in seven minutes, and…how far away is London? How many people do I know who’ve never even seen it? And I’m getting news from there in less time than it takes to drink a coffee, unless you really chug it.

(Full disclosure; I am a slow coffee drinker.)

((Fuller disclosure; I had a morbid streak when I was younger, and my second thought upon seeing the map information was “I wonder how far he splashed.” Which is ridiculous, really, I don’t even know that anyone was hurt rather than just being a Gap-hopping twit, but… Oh, the lurid imaginations of youth.))

I think the second time the shrinking of intervening distances really hit me was several years later, when a friend in the UK had forgotten his wallet at work and didn’t have groceries in the house and I ordered him a pizza. Because Internet. You can do a lot with the Internet.

Have noticed a possible downside to composing on the phone; small screen means it’s harder to glance back up at what I said earlier, and easier to ramble very far afield. Will mind that in future. Of course, it’s also easier to not get bogged down in going back and editing yourself, which is something I’ve been hoping to work on for a bit.

Right. Been writing for half an hour, and want to get up early tomorrow. Think I will call it a night.

Writing this from my new phone. Very different feeling from typing on a keyboard; I’m not sure how well I could write fiction on this. Maybe it’ll be different once I get more used to it and the motions become more of a reflex. I’ve never heard of anyone saying that they couldn’t write if they had to type, after all, and I guess this is similar.

Missed the bus this morning–it came a minute early–and John gave me a lift to the Transitway. Confess I was grinning like an idiot over being able to text him from the bus. Currently still playing around; I think the biggest difference between this and a typewriter is the inability to touch-type.

More later. Probably need to decide if those 200 words a day can be in separate posts.

Light of my life appears to have gotten my Kobo working, which is wonderful.  My favourite short story on it came off Smashwords, and I was getting really frustrated with not having it handy.

Taking advice on practicing time management; seeing if I can get down 200 words a day, reliably, until the end of October.

Other concerns ATM: very much behind on Excolo roundup, not enough sleep, top-to-bottom housecleaning due by Thursday night, work screw-up, general failure to write.

Writing a story with a friend, and between our schedules it’s bogging down.  Need to talk to her to find out how she feels about my writing pieces of it alone, or stories that use the set-up we’ve created.  I can see her disliking the idea, although I don’t think it’s likely.  I cannot see being comfortable with just going ahead with it without asking her.

Also for consideration: am I using this as an excuse to procrastinate?

I have a handful of ideas for Iolace, and two stories.  Unsurprisingly enough, neither of them is written yet.

Trying to coordinate my various journals, accounts, feeds, and any other ways that I track what people are doing online.  I like having them, but having them all over the place is not useful.  Not entirely sure how or if this will fit in with that; I’m hoping that if I organize everything else, this will naturally settle into its own niche.