I was going for a catchy title, but my first thought was something about how high up we are and then I realized (1) I’m not actually sure how high up we are and (2) my sleep-deprived brain is now humming a snatch of an 80s (?) song that is just “niiightmare— at twenny thousand feet!” over and over. So so much for that.

The last week was okay. I got all my Clarion West Write-a-thon rewards out, although I am desperately behind on resubmitting stories. A project I was on at work got cancelled Thursday afternoon, and I spent a lot of Friday being alternately mildly sad–I’d spent a lot of time and overtime on it, and am as vulnerable as anyone else to the emotional impact of the sunk costs fallacy–and pleasantly surprised that I wasn’t more annoyed.

We should land in about an hour (although this post won’t go up until I get onto the Frankfurt airport free WiFi). I’m going to sit here, see what I can see out the window, and slowly wake up.

Clarion West is a non-profit literary organization in Seattle; it runs both a six-week workshop for writers in the summer, and one-day workshops for writers throughout the year.

With regards to those free magazines:

I have print copies of the issues in which two of my stories appeared; ‘Palimpsest’ from the second issue of The Sockdolager, and ‘The Gannet Girl’ from issue 102 of On Spec. I’ll draw two names from the people who sponsor me; the first name gets their pick of magazine, and the second name gets the other one. I’ll need a mailing address, but I can send them to anywhere that Canada Post delivers, and I will cover postage.

If you’d like to sponsor me, here’s my page for the Write-a-thon; if you’d like to look at the other authors who are working on it, there’s a full list (137 as of this writing!) available here.

Any sponsorship helps, honestly, and so does passing word along to other people who might be interested. And hey– a chance at free magazines, with stories by me and many other brilliant authors!

David G. Hartwell has died. He was an editor of great note.

I was at a panel where he was speaking last year. It was actually just back on the first of November, at the 2015 CanCon. It was a panel on reviews; how they should be done, what they are for.

I have notes. Most of them are fragmentary, and paraphrase what was actually said, but they are hopeful.

“an ability to review the work by its standards”

“convincing, intelligent, favourable reviews of unknown authors” (my notes say that one is a quote)

I am more upset than I would have expected to find myself.

People who knew him better than I are talking over at Making Light. I find I don’t have much I feel I could add.

I have learned several things in the last couple of weeks.

That’s about the state of the month so far. If I don’t manage to update a bit more often, I’ll be back in December. Right now, though, I have managed to gouge out enough time to catch up on The Flash and I am by-god going to do that.

Someday I’ll do a proper and full con write-up – by which I mean one that satisfies me – but today is not that day, for reasons of Work and Commitments. I will say, though, that CanCon was lovely and both the panels and the hallway discussions were fun and informative.

(I do wish I’d been able to swing a hotel room. Next year, maybe.)

The time change has been lovely, for the record. I’m going to try to keep my sleep schedule generous this month, especially since I’m trying to hit a NaNoWriMo word count. Whether I manage it or don’t, sleeplessness is not going to make the end result any more useful, nor my coping with stress any more graceful.

(It’s not upsetting, but it is weird enough to make a note of: I think this year is the first time since we’ve had a front porch that I haven’t carved a jack-o’-lantern.)

I think that’s largely it. A pretty brief update, I realize, but there’s still a ton of stuff I need to do tonight. 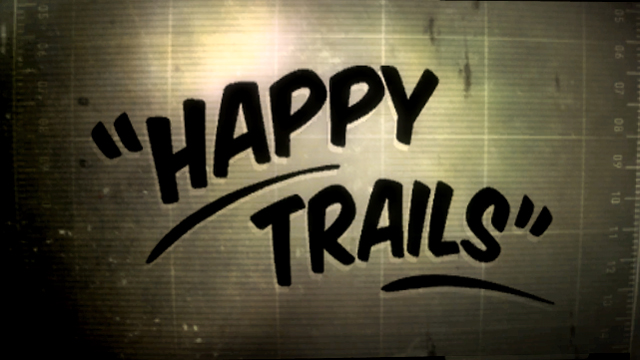 Lately I’ve been… hmh. Rediscovering my fannish side, I suppose. Fallout 4 is coming out in 17 days (and 14 hours and 7 minutes and yes I think it is perfectly normal to have a countdown timer on my phone), and Hallowe’en is coming up sooner, and there is a local convention that has specifically mentioned costuming and there is also an okay to wear costumes at work.

Also the light of my life got me a PIP-Boy. So there’s that.

I am not a good costume-maker, for the record–my interest only tends to spike far-too-close to an event for me to comfortably have time to assemble something–but I am mucking about a bit with assorted paints applied to existing objects. What I am hoping for will be a very low-grade costume, no more remarkable than a sports jacket, but I hope it will be fun.

(Yes, nearly three weeks since I’ve posted. That said, I find sennight to be a rather lovely word.)

A quick roundup, definitely not in order;

So those are all things.

Prompter attempts to update will be forthcoming. The Swiss cheese issue needs addressing first, though.

I’ve got a couple of trips planned before the end of the year, and I’m feeling that usual slight giddiness that comes with the prospect of going somewhere far enough away that there will actually be packing.

(I wanted to include a picture from Diana Nock and Ryan Estrada’s excellent Poorcraft: Wish You Were Here, but I couldn’t find anything about permission to do that, so I decided not to. Penny and Nickel packing are adorable, though.)

Weirdly, I think it is far enough away and not for long enough. I realize that needing to e.g. stay at over at someone’s house or in a local hotel if my street was evacuated or some family event was happening might also necessitate packing, but that does not spark the same gleeful anticipation.

That said, it might also be a factor of free time as well as a factor of distance. A trip generally connotes arranging things so that you have no or fewer pre-existing commitments during the time period; for an emergency evacuation, you haven’t had a chance to free up your schedule, and for a scheduled family event you’ve probably substituted new commitments for existing ones.

I like packing. (I suspect this is in some way related to the fact that I like sending and receiving physical mail.) I find that if I haven’t travelled in a while, I tend to overpack, but I’m still expecting to be able to comfortably restrict myself to carry-on for a week’s trip.

I am also going to a convention. It is a small convention, for a weekend. It will be trivial to restrict myself to a carry-on bag for the trip out. It might be a little harder to make sure I do not come home with an uncomfortable amount more than I set out with. However, I am sure I will manage.

On a writing note: I’ve been trying to start getting up early in the morning to write before work. Recently Cat Rambo suggested not allowing yourself to check your e-mail before you’d written 500 words, and adding in that parameter does seem to have helped a bit. Will see how things progress in the coming weeks; a two-day bump in word count is not a magic bullet, but I’m cautiously optimistic.

(I am also not a morning person. There is something of a learning curve associated with this “remembering to go to bed at an hour that takes the planned time of rising into account” thing.)

On a convention note: I am not going to WorldCon this year. I am not. I understand this, and have accepted it, but it makes me very sad. That said, I am hoping to be at at least one local con this fall.

On a work note: I am slowly settling into the idea of having vacation days. It’s interesting, in terms of potential. I’m very used to work with a definite end date, and the idea of definitely being able to take time off and come back after a break–a break I am allowed, no less–is something I’m looking forward to.

Was reading one of (many, many) online discussions of the Hugos and SFF fandom the other day, and it was mentioned that a surprisingly high number of people aren’t aware they they’re not a juried award.

So, to be explicit:

If you are a fan of science fiction and fantasy, you can buy a Worldcon membership.[1] That lets you nominate on and vote for the Hugos.

The ballot is already set for this year; it’s here. But a supporting membership to Worldcon still lets you vote to rank the works on the ballot, and nominate works for the ballot for next year.

You certainly don’t have to, but you can.
—
[1] Okay, I mean, technically if you’re a legal person who can buy things, you can buy a Worldcon membership, but I can’t imagine why you would buy it if it wasn’t from an interest in the genre.