I’ve just finished a first draft of the novelette (I ultimately didn’t go with the restructuring I was hopping to do, because of time contraints) and given it to my weekly writing group for crit, and this morning I was casting about to find something to distract me from “oh dear god did I actually leave all those things in there they are so goofy.”

I was gleeful to start with, and then someone pointed out that at 0:29, you can see a date on the PIP-Boy, and that the year is 2102. In-universe, this puts it 25 years after the Great War and 159 years before the first Fallout.

It’s not that I don’t love the Fallout setting, and the way the institutions have grown up over time (and yes, still ridiculously pleased that the Khans survived New Vegas; they’ve been around longer than the NCR!), but I love the Fallout world, too, and am very curious to see what it was like a mere generation after the bombs fell.

I am so very much looking forward to this.

Oh, where are you coming from, soldier, gaunt soldier,
With weapons beyond any reach of my mind,
With weapons so deadly the world must grow older
And die in its tracks, if it does not turn kind?

Stephen Vincent Benét isn’t very well-known for his science fiction, as far as I can tell; he wrote “By the Waters of Babylon“, and the story is known, but since he was better known for other work and came to science fiction late in a relatively short life, his name doesn’t bubble to the top very easily in genre discussions.

I ran across the poem while looking up The War Game (1965, BBC, an “and you though Threads was upsetting” kind of mockumentary), which uses it as an epigram. About once every eight months I run across it again, and then I spend three days humming it to a tune that’s something like “The Streets of Laredo”.

This time, I thought I’d share; the text in its entirety is here.

AP/Nassau: The excursion liner Carib Swallow reached port under tow today after striking an obstruction in the Gulf Stream off Cape Hatteras. The obstruction was identified as part of a commercial trawler’s seine floated by female corpses. This confirms reports from Florida and the Gulf of the use of such seines, some of them over a mile in length. Similar reports coming from the Pacific coast and as far away as Japan indicate a growing hazard to coastwise shipping.

That cheery fragment is actually one of the less upsetting pieces of text in Tiptree’s “The Screwfly Solution”. It’s a fairly hard-hitting story, especially when you (for example) go in thinking that while it’ll probably be a good story, it’ll be a little dated and there’s no reason to think it’d make more of an impression than others you’ve read.

That short story’s remarkable to me at least in part because I honestly feel like the last few lines weaken the horror of it. Partly that’s surprising because I find most of Tiptree’s work is remarkably consistent and builds well on itself; partly that’s interesting because I’ve got a class on beginnings and endings tomorrow, and I’ve been thinking a lot about them lately.

Tiptree wrote a great many stories, and it’s hard to choose what to recommend first, but after “The Screwfly Solution” you could do worse than go with “Your Faces, O My Sisters! Your Faces Filled of Light!”, “The Man Who Walked Home”, and “The Girl Who Was Plugged In”.

EVERYWHERE, USA: a sudden upswing in orders for very small coffins, the right size to take a baby dead from acute infantile enteritis.

I skimmed my first John Brunner novel somewhere in my early 20s and thought it was creepy but neat.

I read my second John Brunner novel in 2007. It was Stand on Zanzibar. To the best of my recollection, I spent a weekend feeling very stunned by the influx of information and the intensity of the plot. The last SF novel I’d read about overpopulation was Make Room! Make Room! and while I liked it, it did not quite have the impact of Brunner’s mosaic of plot, sorrow, and horror.

This quote is from The Sheep Look Up, which is about pollution in the same way Stand On Zanzibar is about overpopulation. I don’t find it quite as affecting as Stand on Zanzibar, but it is most definitely worth reading.

Image is found here, by Witch Kiki, used under the CC0 1.0 license

Well, season 2 of Z Nation is complete and I am giddy.

END_OF_DOCUMENT_TOKEN_TO_BE_REPLACED

I have learned several things in the last couple of weeks.

That’s about the state of the month so far. If I don’t manage to update a bit more often, I’ll be back in December. Right now, though, I have managed to gouge out enough time to catch up on The Flash and I am by-god going to do that.

(In a weirdly light-hearted counterpoint, I have “Don’t Push That Button” by Duane Elms running through my head.)

I’d have said something about this earlier, but Saturday was for unwinding and Sunday involved poking my computer with sticks until it stopped giving me kernel errors.

September 26th was Stanislav Petrov Day, which is an entirely unofficial holiday. Short version: 28 years ago, Stanislav Petrov did not push The Button. The systems he was dealing with told him he should, because the Americans had very definitely fired missiles, and he didn’t.

It’s a day I notice for several reasons, which are in no particular order

I’ve rambled about the last a bit; as I’ve said before, I don’t think I can get it, although I think I can understand it.

Anyway. The weekend involved a slightly higher consumption of post-apocalyptic fiction than usual, and a general state of not being radioactive smithereens. It’s occasionally nice to pause and appreciate the little things. 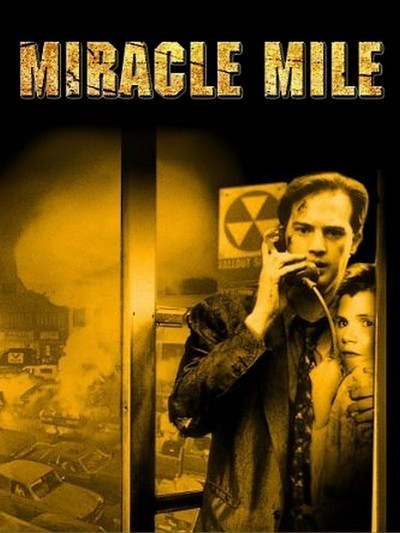 I’ve been thinking a bit about Mad Max lately; specifically the Fury Road movie. I’m fond of the franchise in general, although my interest mostly lies with the post-apocalyptic setting of the second, third, and now fourth movies. And the fourth movie makes me extremely happy.

I am very fond of the post-apocalyptic genre, and I found the character of the protagonist–the fact that she existed, and how the movie handled her–to be deeply affecting in a good if startling way. That said, while I’d heard that the movie was being described as feminist, I don’t think I really thought about it at the time.

(I actually tried pretty hard not to think about it, because I was honestly not expecting it to be really better than most action movies, and I did not want to get my hopes up and have disappointed hopes get in the way of my movie enjoyment. I am not sure if this is selfishness or compartmentalization, and I am okay with that.)

I’ve seen arguments both in favour and against its being called a feminist movie. I’ve thought about it, and because it helps me to write things out when I think about them, I am rambling about it here. I think there are a few ways to parse the definition; looking at the creation of the work, and two ways of looking at the work itself.

Also there might be spoilers, I guess, so time for a break. END_OF_DOCUMENT_TOKEN_TO_BE_REPLACED

It’s been a frustrating sort of day, so I am accentuating the positive. (This is me, so I am doing so by discussing Z Nation.)

God, I love that show.

I’ve basically dropped The Walking Dead, which I’m sure continues to be a well-acted depiction of desperate people driven to cruelty and making harsh decisions as kindness is slowly eroded from a dying world that they have no hope of salvaging.

I don’t think Z Nation is as good, in terms of narrative consistency or pacing, as TWD. I’m okay with that. It’s cheesy in its simplistic approach; it openly says that anyone still around three years into the zombie apocalypse is some kind of pulp-action-adventure badass, and then uses that as a reason to eschew grinding subsistence-level misery and proceeds to give a group of flawed, hopeful, mostly well-intentioned and kind characters a chance to actually do something that might save the world.

It has dark humour. It’s fun. It’s hopeful, in the game grim way apocalyptic settings can be if you give the characters an actual chance to achieve something. And there are moments–when Murphy leaves the door open–when I am actually shocked and horrified by the bad things people do. I like that. I appreciate the hell out of a post-apocalyptic story that can still make cruel things upsetting instead of allowing them to fade into a background slurry of mean-desperate-selfish-mean. END_OF_DOCUMENT_TOKEN_TO_BE_REPLACED