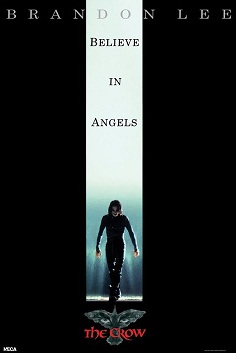 Today, my short story “Palimpsest” is being published. Has been published, in fact. It’s up in the Summer 2015 issue of The Sockdolager, so it is both free to be read online, and may also be purchased for the exceedingly reasonable price of one dollar American. The editors have been great to deal with, and the magazine strikes me as quite beautiful, although I freely acknowledge I’m a bit light-headed about seeing my name on the cover.

“Palimpsest” is somewhere between pure secondary-world fantasy and straight-up horror. It’s work-safe, if a bit weird. It’s the first publication of any of my accepted stories.

I’ve been putting off writing about this for a while, but the extent to which I’ve been doing that has been getting ridiculous, so.

In the last month, I’ve gotten three acceptances for my stories. They came in over the course of a single fortnight.

It would be undignified to say I spent an unusual amount of time making stunned giggling noises, but I cannot exactly deny it. There was also a small part of me that couldn’t quite be convinced it wasn’t a mistake, and was having wild ideas about desperately insisting to editors that there could not be any takebacks. (Given some of the stories I’ve heard about people submitting their works[1], I suspect a lot of people have wild ideas along these lines. I think this is fine, as long as said wild ideas remain firmly in the realm of “and then the cat and I will go out to celebrate, and we will have drinks at the bar owned by Carapace Clavicle Moundshroud[2].”)

I think I’ve managed to sit back, breathe, and not make an ass of myself. I’ve gotten edits in on schedule, and although I was not as fast as I’d have liked, I still had them in before the deadlines. I’m pretty sure I haven’t been a prima donna about anything, although I suspect I’ll be second-guessing myself annoyingly about that for a few months yet[3].

It’s been odd. Part of me is genuinely startled that my stories were picked, because that part of me was expecting nothing but rejections for another two years. Or three. Or… however long it takes to get five hundred rejections[4], I guess, which I vaguely had in mind as a “you need to go home and rethink your life” pausing point.

But mostly I’m just really happy. And yes, details about the stories coming up tomorrow; right now I just wanted to get thoughts about acceptances out.
—
[1] Everyone’s heard the one about an editor who was in the washroom at a con and had someone slide a manuscript under the stall door, right?
[2] Still one of the most glorious names I have run across in fiction.
[3] You know the kind of thing; I disagreed with an edit, and I explained why, and are you supposed to do that, and was I condescending oh god I hope I was not condescending, everyone has been so courteous and professional and I have no idea what I’m doing and everyone clearly knows it.
[4] One may find the explanation of centiBrads in an earlier post.

Some thoughts on Mr Norrell, of Jonathan Strange and Mr. Norrell, in terms of class and industrialization and the conventions of Regencies.