I keep trying to draft this, and I keep coming back to what other people have said that I admire. “The perfect is the enemy of the good.” “Not caring about politics is a privilege.” “Silence is a message.”

Racism is a real and living thing. I am white, and was raised with that privilege; I have been trying to undo some of the things I’ve learned, and it’s pretty clear that I need to both try harder and make more of an effort to fix systemic issues. I’m going to try harder, because the current state of things is just not tenable and needs to get better. I am sorry I didn’t do more already.

Some fascinating comments on dystopias in science fiction, restructuring societies, and the Age of Emergency (which I now need to go read a lot more about).

One of my favourite pairs of earrings is “Deciphering As Art“, by Elise Matthesen (whose other jewelry you can currently find on Etsy). They’re pretty simple; tiny squares of striated grey stone, with a grey fiber-optic bead dangling under them. They’re a beautiful, simple reminder of the process of taking something you’re actually presented with that  has a quality or a tendency,

I have been thinking about this a bit lately. I had a very long discussion about reconciling  Deadpool’s Rule (thank you, Foz Meadows) with calling out queerbaiting recently. The two points which came out of it were:

I generally assume interpretation of a character is going to be done in good faith. I may not agree with it, and in certain extremely rare cases[1] I may conclude that you are bringing some very specific preconceptions to the text, but I will assume it is being done in good faith. But just because you read a character as having a marginalized identity, it doesn’t mean you can’t want the work in which you found them in to do better.

Seeing something in a work that resonates with you doesn’t mean that the creator stood behind what you’re seeing. (It can! It often does! But it can also mean you’ve picked up on something the creator didn’t intend or didn’t want to showcase.) It doesn’t mean you’re endorsing the creator. And it’s okay to call out shortcomings, and to expect better.
=====
[1] Like the time someone told me I should keep in mind that Gregor Clegane had been bullied as a child for being the biggest and the strongest.

(This is a very carefully circumscribed post, because that is what I need at the moment.)

Slowed down on getting rid of books. On the other hand, making progress on reading them, which is always nice.

Since it generally leads to a lot of people I know talking about writing and encouraging each other on wordcounts, trying to do NaNoWriMo. The Story Hospital has an excellent post on that.

Worried for people right now, and hoping everyone is doing as well as possible. 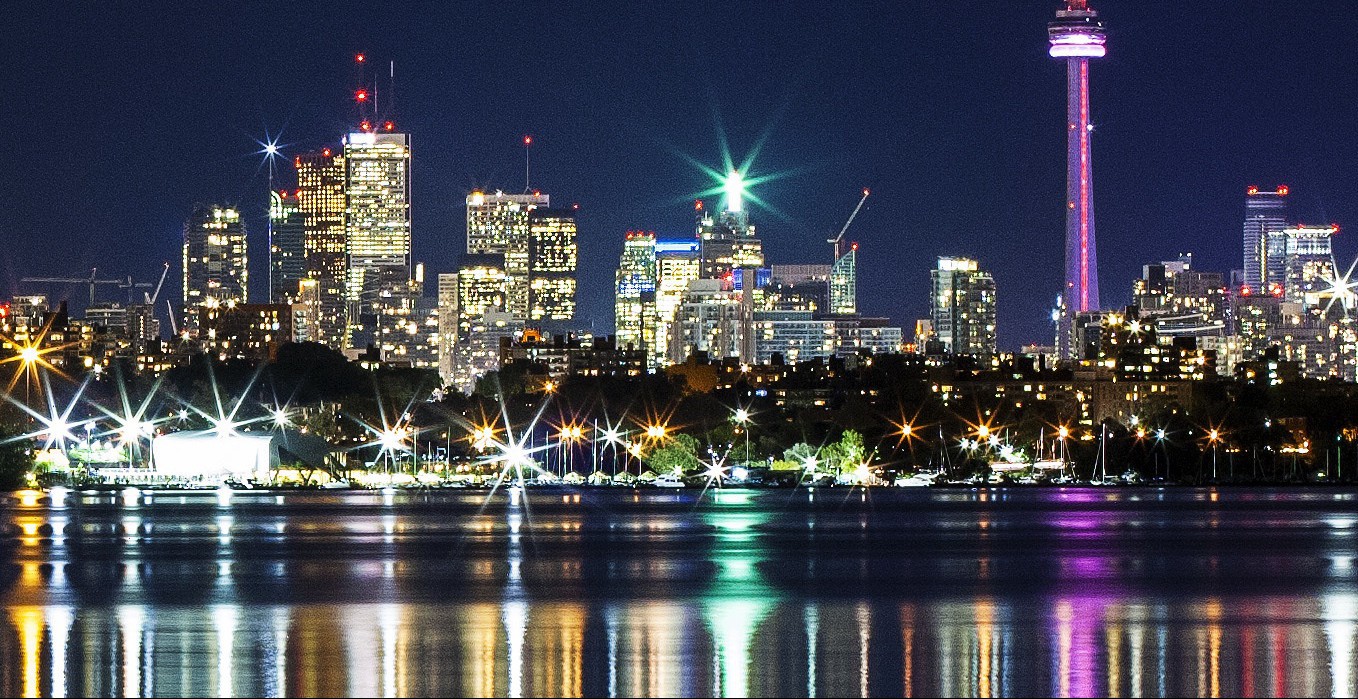 There is death in the Barry-O tonight but still they come down from the neon and lasershine of Hy Brazyl, the five of them. They have given themselves names, as the ones who come down will, names like Zed and Lolo and Cassaday and the Shrike and Yani. Noble they are, comely, their fathers are Company men, bound by blood and contract, their mothers are Company women; they are born to live lives of lofty altitude among the crystal pinnacles of Hy Brazyl. So: why have they exchanged their Projects and corporadas for the tar-paper and plastic favelas of the Barry-O, where the faces have no contracts and no consequence and the rain washes the names from the streets?

This is how Ian McDonald’s “Gardenias” begins; I am very sorry to see that according to ISFDB it hasn’t been printed in twenty-three years. It was one of the first times I’d met what I thought of as fantasy language in a science fiction setting, and I have hung onto the aging paperback anthology that contains it through three moves and at least one decade. The language flows.

It doesn’t seem to be currently available in either paper or electronic format, but I’ve had some luck picking up old paperbacks secondhand, lately, and someone looking for the novelette could do worse than try AbeBooks.

Image is found here, by Juan Davila, used under the CC0 1.0 license

Some thoughts on Mr Norrell, of Jonathan Strange and Mr. Norrell, in terms of class and industrialization and the conventions of Regencies.

I’ve been thinking a bit about Mad Max lately; specifically the Fury Road movie. I’m fond of the franchise in general, although my interest mostly lies with the post-apocalyptic setting of the second, third, and now fourth movies. And the fourth movie makes me extremely happy.

I am very fond of the post-apocalyptic genre, and I found the character of the protagonist–the fact that she existed, and how the movie handled her–to be deeply affecting in a good if startling way. That said, while I’d heard that the movie was being described as feminist, I don’t think I really thought about it at the time.

(I actually tried pretty hard not to think about it, because I was honestly not expecting it to be really better than most action movies, and I did not want to get my hopes up and have disappointed hopes get in the way of my movie enjoyment. I am not sure if this is selfishness or compartmentalization, and I am okay with that.)

I’ve seen arguments both in favour and against its being called a feminist movie. I’ve thought about it, and because it helps me to write things out when I think about them, I am rambling about it here. I think there are a few ways to parse the definition; looking at the creation of the work, and two ways of looking at the work itself.

Also there might be spoilers, I guess, so time for a break. END_OF_DOCUMENT_TOKEN_TO_BE_REPLACED

I gave this one five stars, which is what I give to books so good I believe you should read them even if they are not your genre at all. It’s also all free online, at Strong Female Protagonist.

I started reading it expecting… a kind of comedy of manners, I guess. Superhero dealing with university life! How wacky, yeah?

Twenty pages in, it hooked me. It got… well, it wasn’t ever un-smart, but it got pointed. Then there was the TV interview scene in issue 2, and issue 3 has a beautiful story arc with Feral. I really cannot summarize it, but you can read it! It’s free online! And it’s just…

I am not doing it justice, but it’s so damn thoughtful. The comic basically takes the statement “There are superheroes!” and answers it with “So what?” Not a dismissive so what, not a trite so what, a genuinely thoughtful and considerate examination of the question. And it’s beautiful.

(And my copy of the book has Feral and Menace hand-drawn on the signed frontispiece. You cannot imagine the squee.)

There’s a nifty post going around, The Parable of the Polygons. It’s a study of how small preferences within a society end up producing larger divisive trends within a society, explained through cute little flash games with yellow triangles and blue squares. They’re nice triangles and squares! And you drag them and drop them and move them around, until they’re happy or at least not unhappy. (They can end up “meh”, too.)

What gets me particularly is about the eighth game (anything with a “reset” button under it can be played; it’s just the larger boards, with the dark backgrounds, that look most like games. So: the eighth game, or the fourth big game) is that it shows what happens when you get people without bias in an already segregated society.

See what doesn’t happen? No change. No mixing back together. In a world where bias ever existed, being unbiased isn’t enough! We’re gonna need active measures.

I am trying to remember this. Because this is not a world with zero bias, and it is useful to remember that correction of existing divisions is not something that happens just because you aren’t actively bad.

You need to be good. You need– I need to be better. I need to actively work to put stuff I’m not used to seeing in the tiny slice of the world that I have curated for placement in front of my nose.

Because it isn’t going to happen by itself.

I was spending a little time on the fire-hydrant stream of Twitter, as one does, some days. And someone shared a link to a five-minute game, and the post-mortem of same.

The game is called The Day The Laughter Stopped.

It is not a happy game. It is not an unrealistic game.

In the more detailed discussion from the game creator, they also link to an article by someone I wasn’t familiar with, who writes as Film Crit Hulk. (There are many Hulks online! They often talk in ALLCAPS and refer to themselves in the third person. E.g.: “HULK’S SAYS IT ALL THE TIME, BUT THE PROBLEM WITH PLAYING DEVIL’S ADVOCATE IS THAT YOU’RE ACTUALLY ADVOCATING THE DEVIL.” (The post-mortem also contains a link to http://convertcase.net/, where you can copy and paste the article in question and then change it out of ALLCAPS, if you are annoyed by the prospect of someone internet-shouting at you for the entire length of an article.)

Seriously. The holiday season is upon us. There is stress and hope for kindness and many things to get done and many people being rushed. It is okay to not read the rest of this. END_OF_DOCUMENT_TOKEN_TO_BE_REPLACED